A week of firsts in Cape adventures

So imagine a typical work week; 5 days in a row of driving for an hour in traffic, then sitting for 9 hours at your desk facing that large poster on the other end of your line of cubicles that tells you everything you need to know about your rights as an employee and a reminder that Janine in Marketing won employee of the month for the 2nd time this year. You get your coffee from the same dispenser at the same time every day as that mildly humorous guy from Accounts whose name you can never remember. Lunch is maybe the highlight of the day as you get to spend an hour away from the monotonous drone of ‘productivity’ that is keeping you in a job.

Now picture the following kind of week I had, shortly after returning to touring after 3 years back in hotel management. This is not intended to make one jealous, but rather to illustrate how much fun one can have and the adventures you can experience in the Western Cape of South Africa. 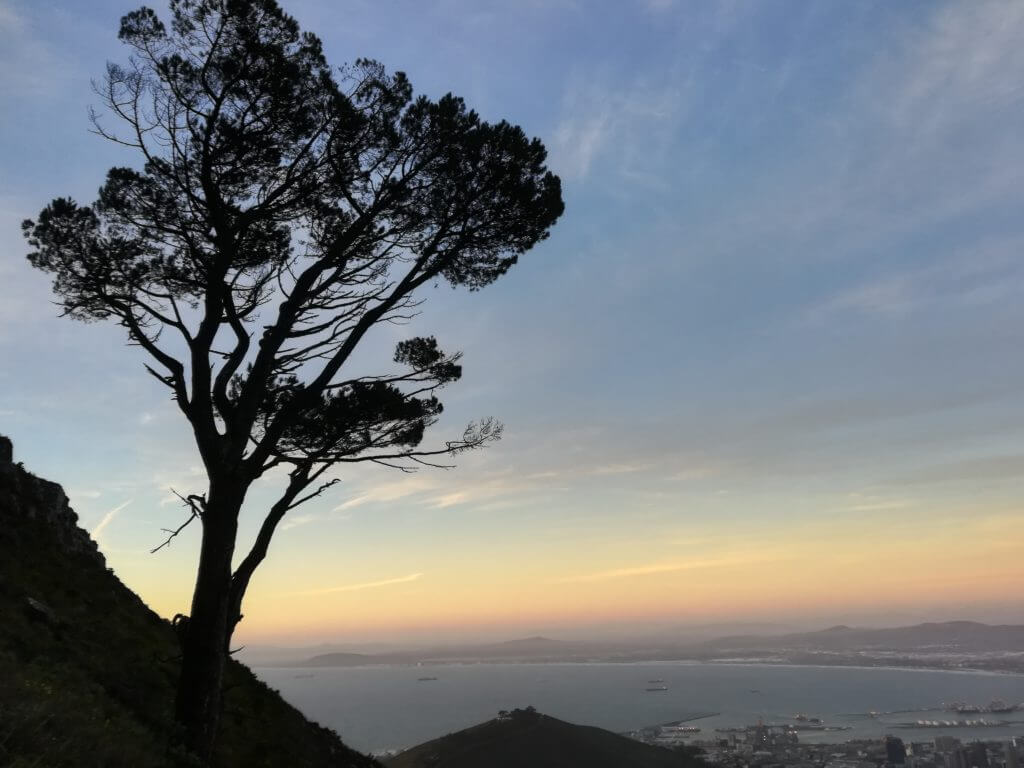 This was in July in Cape Town, the middle of our winter and supposed to be the rainy season. Although we had been in a bad drought for 3 years and still a water scarce region, the families with which I was touring ‘lucked out’ with the weather. We had some truly magnificent days of sunshine, no rain and no wind for which the Cape of Storms is renowned.

The week in question started on a Wednesday with a lovely family of 7 from Iowa, and this day was all about Great White Sharks. To break up the two-and-a-half hour drive from Cape Town to Gansbaai, we stopped in the gorgeous town of Hermanus, the land-based whale watching capital of the world. The season for the Southern Right and Humpback Whales that come to our shores to breed and calve is predominately in August and September, but we still enjoyed the beautiful coastal walk ways with an ice-cream from the family-run gelateria, which has the most flavours of artisan gelato in South Africa. We then met up with the team at Marine Dynamics for our shark adventure and whether you were in the cage under water or on the decks of the boat, we all saw 6 individual Great Whites, the biggest being 4.5m in length. Truly remarkable animals!

The next day we turned the itinerary upside down and the family split up with the majority only wanting to visit the African Penguins and spend the rest of the day shopping in the V&A Waterfront. So I ended up spending the majority of the rest of the day with the eldest son and his fiancé to whom he proposed on safari only a few days prior. Before making it all the way down to the Cape of Good Hope, with a stop at Boulders Beach to also see the penguins, the highlight of the day was undoubtedly snorkelling with Cape Fur Seals out of Hout Bay. After overcoming the initial shock of plopping into the cold Atlantic, the thick full-bodied wetsuit complete with hoodie and booties quickly took effect and the thrill of being in the ocean with these cuties was all that mattered. It was incredible to swim alongside such proficient swimmers and the seal pups were so inquisitive, when I took a deep breath and dived down as deep as I could, they would follow and chase my stream of bubbles, eyeing me with their marble-like eyeballs.

Next up for the week was another family keen on adventure, from Florida, and with 4 teenage boys we had to make sure this was jam-packed with adrenaline! Our tour of the Cape Peninsula included all the top highlights; Chapman’s Peak Drive; the most south-western tip of Africa, Cape of Good Hope; all of the beautiful coastline and nature. However, what topped this particular day was exploring the False Bay coastline in Kayaks in the vicinity of Simonstown and getting up close to the breeding colony of African Penguins at Boulders Beach and Foxy Beach. Paddling in the cool, clear waters past the granite boulders and kelp forests, one can truly appreciate how majestic the penguins are underwater as they gather near the shore in their hunting groups before heading out vast distances to find the limited resources of sardines that is their staple diet. Being paired in kayaks as a large family will no doubt bring out the competitiveness in all and with the open sea as our playground, great fun was had as the waves picked up and we raced each other back to the shore.

Day two with this lovely group was not based around a fixed itinerary but they did have a few items on their wish list to accomplish. The idea for this day was exploring the city and surrounds and a hike up Lions Head was on the cards. The day started off with Lions Head in the clouds so we first picked up our Dutch-style, single speed, back pedal city bikes and enjoyed the gentle bike ride from the V&A Waterfront along the Promenade through the three Points – Green, Mouille and Sea! By the time we dropped off the bikes at the Sea Point Pavilion, the family was completely undecided what they wanted to do for the remainder of the day as Lions Head was still covered by clouds. Shortly before we had just about exhausted all possible suggestions of activities to do that would please every member of the family, I look up at the rapidly clearing mountains above us and see the first of many parachutes floating down from Signal Hill, heading our way. I point up at them and look at the dad with excitement in my eyes; “Why don’t we all do that?” – Oh hell yeah! The day is saved! The added bonus of this is I have been wanting to Paraglide off Signal Hill or Lions Head for so long, so I finally get to tick this one off my bucket list! Check out my awesome pics here. As amazing a hiking up Lions Head is, floating almost over it wins hands down every time!

This action packed week was broken up by a rest day in between, but the next day with the same family was adrenaline thrills all the way once again. We drove over Sir Lowry’s Pass into Elgin and into the Helderberg nature reserve where we started our zip lining adventure through the canyons. With a total of 11 ‘flights’ from platform to platform, zigzagging on our zip line, the thrill never seems to end. And the views are just incredible, from double waterfalls to the biodiverse flora surround us. After lunch we got stuck in to all the ball sports we brought along, comparing the similarities and differences between American football and rugby. The kids even challenged me to multiple sprint races, the last of which they eventually won thanks to their abundance of teenage energy.

The next day, a Wednesday, was supposed to be another break in the days of touring with the Florida family, but I ended up on a hike up Table Mountain…in the clouds! It was a one day tour, with the main focus of hiking to the top of Table Mountain, and ending the day with a wine tasting in Constantia. The fact that the Cable Car was under annual maintenance (meaning we would have to hike down as well) as well as the mountain being hidden completely by thick clouds, did not deter this fit and energetic family one bit. My Usain Bolt-like efforts from the day before weren’t exactly kind to all the muscles in my legs, so it was probably one of the toughest hikes up Platteklip Gorge I have ever done, and I have done this hike many times. Nevertheless, we made it and could just see each other clearly enough in the mist of the clouds to accurately land a successful high five to seal the achievement!

My final day with the family from Florida was spent in the Cape Winelands. It was very much not about wine for them, but rather more adventure! And the adventure part of this day was an exhilarating downhill decent on non-motorised scooters propelled by gravity, through the Jonkershoek Nature Reserve, just outside of Stellenbosch. Stunning views, majestic mountains and endless downhill slopes was what this activity was all about. We ended the day (and week) together with a lovely lunch overlooking the mountains surrounding the Franschhoek valley.

All said and done, this was hands-down the most action-packed week I have ever had in my working life. The most exciting part is that this is just the beginning! Summer is around the corner and I can’t wait to do all of the above all over again, and experience all the other adventures to be had in what is essentially my office, the natural wonders all within reach of my home, Cape Town.