Flower Power on the West Coast

I recently had the good fortune of accompanying a small group of Americans, with their vastly experienced expedition leader, into the West Coast National Park at the height of the wild flower season. They were travelling throughout Africa and this was some of the group’s 4th visit to the continent but for everyone it was the first time exploring the West Coast of the Western Cape, and I felt privileged to be their guide.

They were staying overnight at Grootbos Nature Reserve in the Overberg region and the days prior we had been exploring this beautiful part of the Cape, including the very unique Kogelberg reserve. This is an area of such natural beauty and floral diversity as to be recognized as one of the world’s greatest biodiversity hot-spots. Size for size, the 1,000 square kilometer UNESCO designated Kogelberg Biosphere Reserve is home to the most complex biodiversity on our planet with more than 1,880 different plant species. The next richest is the South American rainforest with just 420 species per 10,000 square kilometers!

But I will delve into all of that on another day. I want to talk about the amazing natural beauty that is the West Coast National Park, especially now Spring is in full swing! 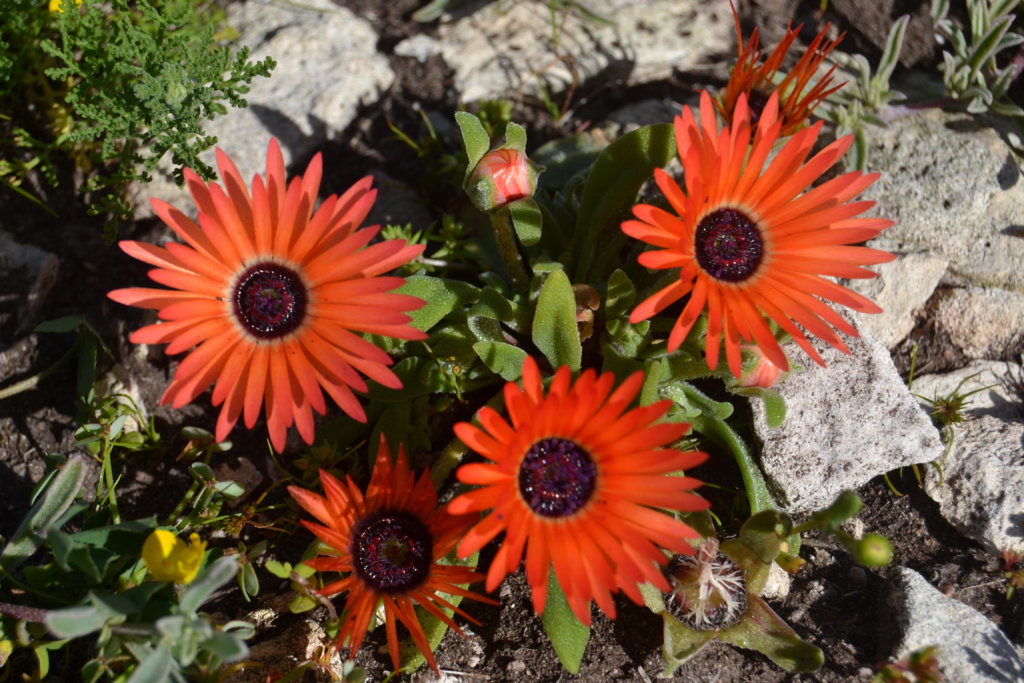 As mentioned, they were staying at Grootbos, so it was an early start to make the two-and-a-half hour trip east to pick them up before heading back towards Cape Town and then north up the coast. We first made a lunch stop at the excellent Beaumont Family Wines in the gorgeous little town of Bot River. This is truly a family business, as virtually every member is involved somehow and we were taken through their wonderful wines over delicious cheese and meat platters, with all locally made or sourced ingredients and products.

There is actually quite a lot to see and do along the R27 route through to Langebaan, and whilst we slowed down during a little bit of Friday afternoon traffic, we were treated to large flocks of both the greater and lesser flamingos, the latter although seldom seen in Cape Town is the more numerous of the two – about two million strong. Despite this, the lesser flamingo is classified as ‘near threatened’ due to its declining population and low number of breeding sites, some of which are being adversely affected by human activity.

One can also stop in at the !Khwa ttu San Culture Centre, where you can experience the ways of one of the oldest cultural groups in the world and the oldest in Africa and take a journey into their history, traditional knowledge, skills, language and customs.

We also pass Africa’s only nuclear power station, Koeberg, which is owned and operated by South Africa’s national electricity supplier, Eskom, who also own the 3000 ha nature reserve that surrounds it. Koeberg contains two pressurised water reactors and ranks amongst the safest of the world’s top ranking PWR’s of its vintage. Koeberg was one of the first nuclear power stations designed to be specifically resistant to earthquakes. The reactors at the Koeberg nuclear power station were built on the basis of a mid-1970s hazard study to withstand a magnitude 7 earthquake. The largest recorded earthquake in the Cape Town area was a 6.5 magnitude at Jan Biesjes Kraal (now Milnerton area) in 1809. 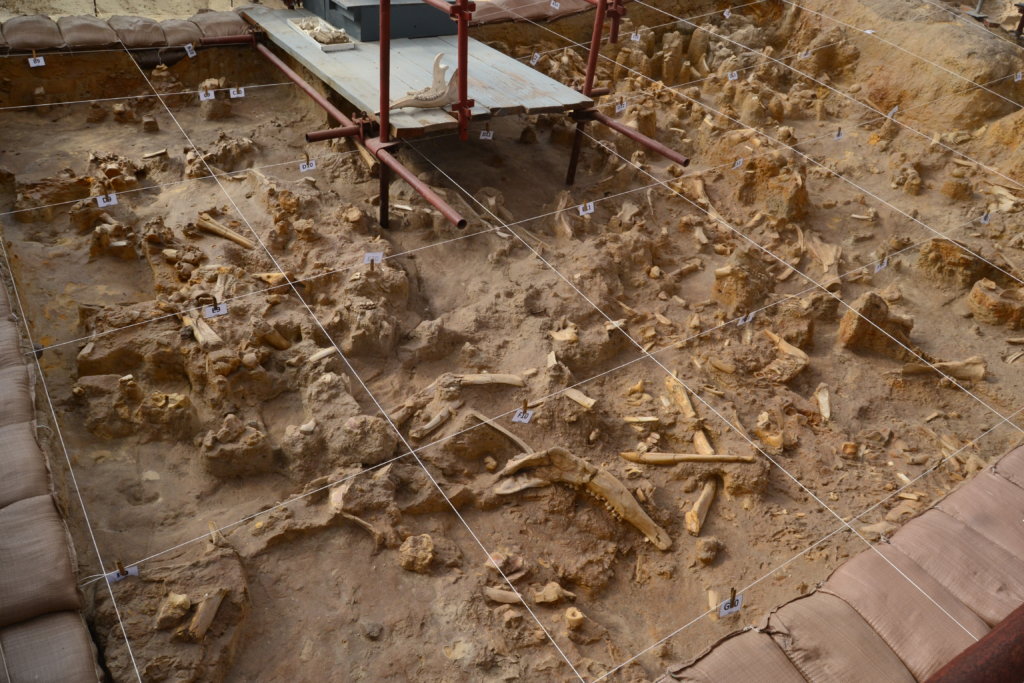 Probably the most fascinating area to visit outside of the national park, however, is the West Coast Fossil Park. It was through the exploitation of the sedimentary rock formations in the area for commercial mining in the 1940’s that one of the greatest discoveries of the West Coast was made on a farm which was being mined for phosphate near Langebaan. One of the workers uncovered fossils which he passed on to the South African Museum. Little did he know that he had uncovered the biggest collection of tertiary vertebrate fossils in the world. These fossils are of early mammals that lived here two to five million years ago or were washed down the Berg River to its mouth. The river was then closed off by a sand bar, thus preserving an extensive graveyard. These animals lived at a time when the climate was changing from a warm, humid period to a cool, dry period. During this process, the landscape changed to grasslands and riverine forests. Some of the most exciting of these ancient animals are the large mammals that resemble, in part, their modern counterparts but on a much larger scale. These include short-necked giraffe, sabre-tooth cat, bear (yes, there were once bears in Africa!), elephant with four tusks, giant pig and many more, unique to this location. 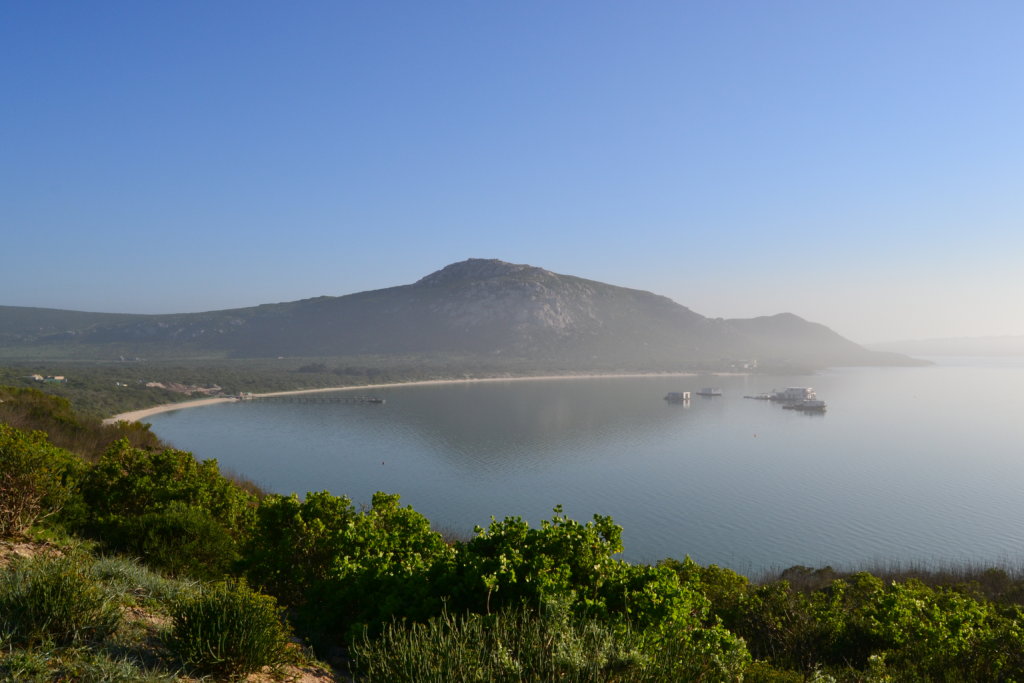 My guests were staying on one of the houseboats on the Langebaan Lagoon, so we dropped them off at the yacht club for them to be ferried over, and my colleague and I drove into the reserve where we were staying at one of the self-catering cottages. It was almost dark by the time we got there which meant many more of the animals that would otherwise be resting out of the sun during the day, were out and about. We passed a large herd of Eland, some common duiker, bontebok, even a little Steenbokkie. 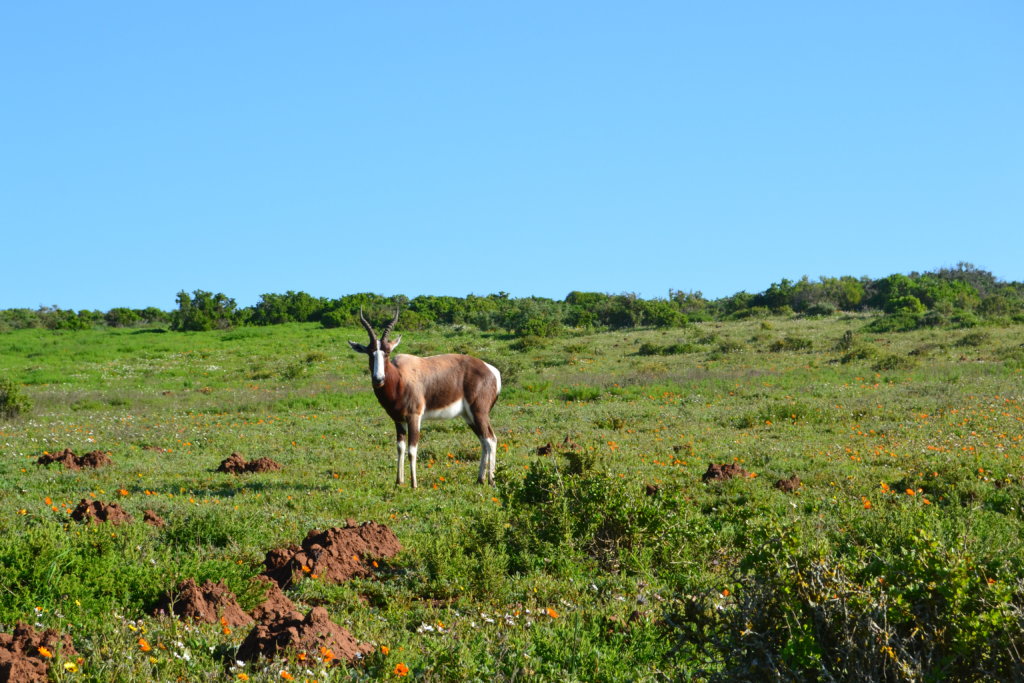 The next day we rose early to pick up our guests from the yacht club again, and spent the whole day exploring the West Coast National Park, taking in all the beauty of the wild flowers and animals. We also saw more antelope, ostrich, Cape grey mongoose, Cape mountain zebra and angulate tortoise.

(Top tip: when visiting the WCNP during the wildflower season, enter the park from the Langebaan Gate as opposed to the West Coast main gate off the R27. The reason being is you will be driving through the park with the sun mostly behind you, so the flowers will facing directly towards you!)

The Postberg section of the park is the prime flower and game viewing location and is at its colourful best during August and September. 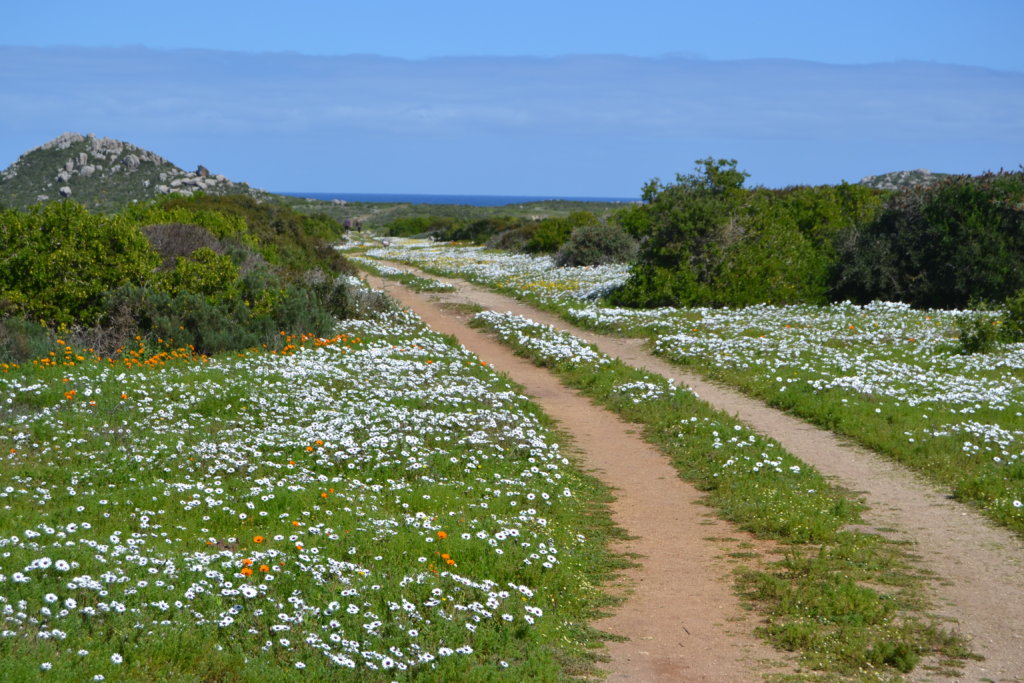 It’s actually only open to the public during those two months, when the ground beneath your feet explodes into a dazzling display of vibrant and varied daisies, vygies and sporries. Colour patterns change from one week to the next, as some varieties fade, and others pop up in their place. We had a lovely picnic lunch overlooking the ocean and more beautiful flowers at Plankiesbaai. 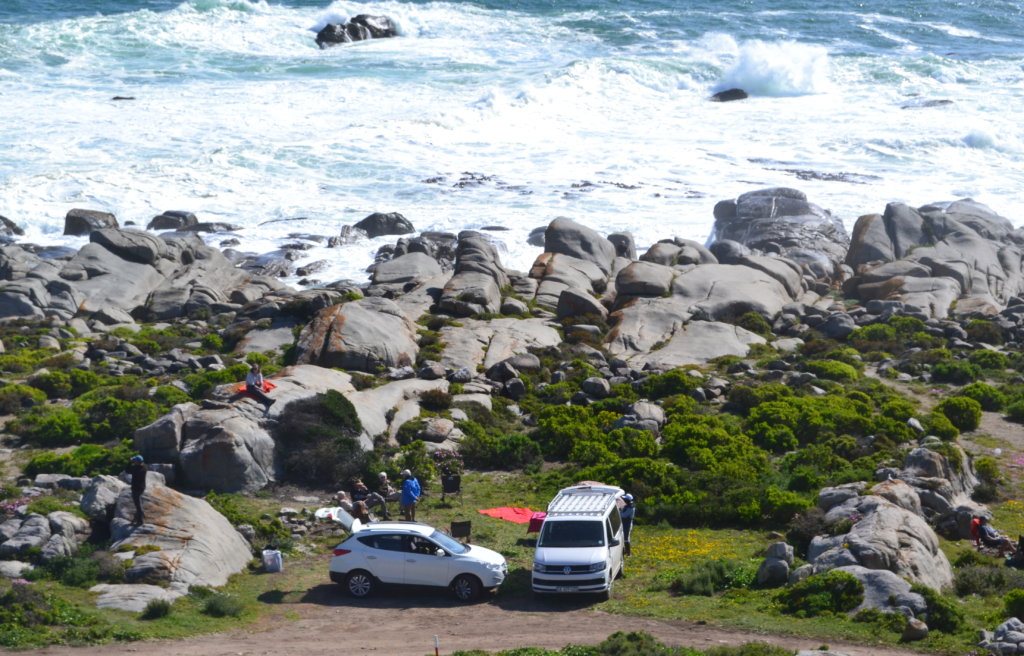 The birdlife throughout the park is also magnificent and actually hosts a total of over 300 bird species annually – over a quarter of South Africa’s total. The 40,000 ha of the WCNP provides a safe haven for thousands of seabirds, who roost on the sheltered islands and pristine beaches. Bird species like Curlew Sandpipers, Sanderlings and Red Knots journey 15,000km every year from their breeding grounds in Siberia to the northern winter (our summer) feeding grounds in Langebaan Lagoon, which was designated as a wetland of international importance according to the Ramsar Convention criteria in 1988. Other sought-after species for avid birders include the vulnerable Black Harrier (which we saw on this trip), White-throated Canary, Grey-winged Francolin, Karoo Lark, White-backed Mousebird, Karoo Prinia, Karoo Scrub-Robin, Grey Tit and many more.

Finally, if you’re a water baby like me, there is plenty of opportunity for your watersport of choice, from kitesurfing and waterskiing to fishing, kayaking, snorkelling, SUPing, boating – and, of course, swimming in amazingly still, crystal-clear waters. This group was not exactly that way inclined (some were in their 90’s!), so I will have to come back again soon, now that we are getting fully into our summer season. I look forward to taking you with me!