Sometimes I meet first time visitors to South Africa, who already have an in depth knowledge of our country and have certain things they have set out to see and do. Quite often they know more about particular aspects of the county or Cape Town than I do, which is refreshing and allows me an opportunity to continuously learn through others, every day. To my surprise, I was touring with a couple from Milwaukee who were most keen to visit our houses of parliament – not a usual request from tourists. It turns out they like to do a tour of parliament of every country they visit. I think I may have done a school trip there once when I was young, many years ago. But I don’t remember that, so I was pretty excited to be going for the first time in my adult life, especially now that I have more of a politically conscious mind. There have also been some pretty remarkable moments witnessed over the years in these austere buildings, so I was really looking forward to this day.

We met our incredible guide, Kenneth who started out at Parliament as a messenger 25 years ago and is now a senior member of the Public Education department, and brought the intricate inner workings and history of it all to life for us.

We first visited the original parliament building, which was designed in a Neoclassical style, incorporating features of Cape Dutch architecture. These buildings now house the National Council of Provinces. We sat in the gallery during one of the sessions whilst our Deputy President, David Mabuza was giving oral reply to questions from members. In the short time we were there, we actually witnessed live what was later written about in this article.

We then moved on to the old House of Assembly, where for decades exclusively white MPs passed the country’s draconian apartheid laws. Kenneth told us about the reaction of many people, especially pensioners, when they enter here, “People come here and are simply overwhelmed,” he said, gesturing to the green leather benches of the room that is now the ANC caucus chamber. “Some weep, and break down. Others say a prayer.” He also pointed out the seat where Hendrik Verwoerd, often referred to as the architect of apartheid, was stabbed to death by messenger Dimitri Tsafendas. My guest is also a big fan of Helen Suzman, so was delighted to see the benches from where she used to fight against the apartheid governement. As the sole voice of South Africa’s oppressed, Suzman became known for her strong public criticism of the governing National Party’s policies of apartheid at a time when this was unusual amongst white people. She found herself even more of an outsider, as she was an English-speaking Jewish woman in a parliament dominated by male Afrikaners.

I had earlier been talking to my guests over lunch about past and present political figures, leaders of the various political parties, and they asked me about Mangosuthu Buthelezi, the 91 year old veteran who recently stepped down as leader of the Inkatha Freedom Party after 44 years at the helm. Halfway through our tour of Parliament, who was to walk straight past us but none other than Chief Buthelezi himself!

Our next and final wow moment for me and my guests was sitting in the public gallery of our National Assembly whilst Parliament was in session. We could see Mandla Mandela, Nelson Mandela’s oldest grandson and current head of the Madiba clan. We saw the current Minister of Human Settlements, Water & Sanitation Lindiwe Sisulu, daughter of revolutionary leaders Walter and Albertina Sisulu, debate a topic on land reform with opposition parties. We witnessed the banter, jibes and witty insults flying across the floor that is synonymous with parliaments the world over. Kenneth explained this to us a bit later, “It is only because they all care deeply about their jobs and country that things get so heated in here. If that is all you see, of course you’d be tempted to think that Parliament is a constant battleground. What people don’t know is that the MPs are highly professional. Opposition MPs don’t hate each other. They have friendly and cordial relationships outside this room”.

As a beacon of constitutional democracy, Parliament contains its historical contradictions. A statue of Boer general and statesman Louis Botha is the first thing visitors see as one approaches in Roeland Street. A flame of remembrance to the country’s fallen soldiers, on both sides of the Bush War, burns perpetually in the courtyard. The old national flag is still on display at the National Council of Provinces. These relics appear along with the new bust of Nelson Mandela. A spokesperson of Parliament once explained these seeming contradictions, “They are representative of Madiba’s vision of reconciliation and coexistence. Once you and I settled our differences over the barrel of a gun. Today, we do so through public participation and parliamentary debate. This is the wonder of Parliament and South Africa.”

Before this day, I would not have thought of including a tour of our houses of parliament in a city tour of Cape Town. This experience, however, was an uplifting one, capturing the uniqueness of South Africa’s complicated past as well as giving one hope for our future. We have one of the most progressive constitutions in the world, and when we are at our best, we can be an example to the rest of the world on how to set aside differences and actually unite in our diversity. 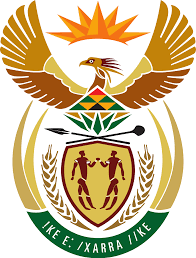 South Africa’s motto, as displayed on our coat of arms: !ke e: /xarra //ke is written in the Khoisan language of the ǀXam people and translates literally to “diverse people unite”.

Love it when you can have this place to yourselves

Juvenile #bontebok captured through my #binoculars

What a way to spend an afternoon, especially a 10

A hopping and a skipping through #kalkbayharbour.

Nice closeups of the wildlife of the #capepeninsul

Not bad when you're in a little evening traffic on